The fuss on ‘going solar’ is a worldwide trend; the state of New York is not left out in the global direction. However, the cost of securing a solar system proves so daunting. To this effect, the state of New York has made available many incentives and lots of final options to help New Yorker’s to go solar.

Albeit, selecting the right financial option has become a challenge to many. Your choice of financial alternatives will affect the incentives you will get for going solar.

The Power Purchase Agreement (PPA) is one of the most common forms of financing and saving energy for the long term. A Power Purchase Agreement (PPA) is a financing structure in which a third party developer or financier develops, buys, owns and operates a solar power system for an end user who pays a specified price per kilowatt hour (kWh) of electricity generated from the PV(photovoltaic) -Investment. The end user usually does not have to provide upfront capital for the solar system. However, the third-party developer or financier uses part of the available tax incentives from the federal government, as these require a higher return on capital. The remaining majority of the incentives will then be integrated into the PPA price.

PPAs typically last between 10 and 25 years, and the developer remains responsible for operating and maintaining the system for the duration of the agreement. At the end of the PPA contract period, a customer may be able to extend the PPA, have the developer remove the system, or purchase the solar energy system from the developer.

As far as solar in New York City goes, Power Purchase Agreements (PPA’s) provide a way to avoid the costs of installing a solar PV system in advance and to simplify the process for the host customer. However, in some states, the PPA model faces regulatory and legal challenges that developers would regulate as electricity providers. A solar lease is another form of financing that is very similar to a PPA but does not involve the sale of electricity. Instead, customers lease the system like a car. In both cases, the system is owned by a third party, while the host customer receives the benefits of solar with little or no upfront costs. These third-party financing models have quickly become the most popular method for customers to take advantage of solar energy. This means of solar financing is an upward trend and can be observed in all federal states that have introduced third-party financing models.

The SPPA functions through a cohesion between different entities involved. First, a host customer agrees to install solar modules on his property, usually on his roof, and signs a long-term contract with the solar service provider to purchase the electricity generated. The purchase price for the electricity generated is generally at or slightly below the retail price of power that the host customer would pay to their utility service provider.

Then, there’s the solar service provider that acts as the coordinator responsible for the financing, planning, approval, and construction of the system. The solar installation contractor acquires the solar modules for the project from a PV manufacturer who gives warranties for the equipment.

The installer is there to design the system, and give specifications on the appropriate system components. He may also, have to perform the follow-up maintenance over the life of the PV system. The investor in the project provides equity financing and is eligible to get the federal and state tax benefits available to the system.

Finally, the utility, serving the host consumer, connects the PV system to the grid and continues its power supply service to the host consumer so as to cover the periods when the plant is producing less than the site’s power requirements.

Benefits of the PPAs

The use of the PPA option for financing solar ambition is very advantageous.

The developer pays the acquisition costs for the dimensioning, procurement and installation of the solar system. Without a previous investment, the host customer can use Solar and save money immediately after the system is up and running. Commercial establishments using solar have really capitalized off these low acquisition costs in recent years.

Solar PPAs provide fixed, predictable electricity costs for the life of the contract and are structured in two ways. Under the fixed escalator plan, the price paid by the customer increases at a set rate, which is typically between 2% and 5%. This is often lower than the projected price increases. The fixed price plan, on the other hand, maintains a regular price throughout the life of the PPA and saves the customer more money if electricity prices rise over time.

Better use of available tax credits

Developers are usually better able to use the available tax credits to reduce system costs. For example, municipal hosts and other public bodies without taxable income could not claim the investment tax credit.

It has been shown that a solar PV system increases the value of the residential real estate. The long-term nature of these contracts allows for the transfer of PPAs to the property, thus offering customers the opportunity to invest in their own home at a low cost.

ü  Administration costs for the payment of two separate utility bills if the system does not cover 100 percent of the electrical load of the site.

ü  Possible increase in property taxes on revaluation of the property base value.

ü  Site rental may limit the ability to make changes to properties that affect the performance of the PV system or access to the system.

ü  Understand trade-offs regarding the REC ownership and sale of REC.

The developer, no doubt is responsible for the installation, operation, and maintenance of a solar system. However, the host customer may need to invest in their property to assist with the installation of the system, reduce installation costs, or meet local requirements Regulations. This may include, for example, repairing roofs or pruning trees that shade the PV system.

While both third-party financing models offer many benefits, buying a PV system directly has its advantages. Anyone considering installing a solar system should review any of the available financing options to find the best solution

The SRECs (Solar Renewable Energy Credits) show that a certain amount of electricity has been generated by solar energy. They are typically bought and sold by consumers (usually regulated utilities) to meet the obligations associated with country-level renewable energy standards. SRECs are also used by consumers who voluntarily purchase them for advertising or other purposes. The developer most commonly owns SRECs in PPAs. When a customer makes a PPA, it is essential to understand clearly who owns and sells SRECs generated from the PV system, which risks are associated with SREC ownership, and what PPA price tradeoffs are.


While a PV system can contribute to increasing the value of the property, the property taxes may also rise if the property value is revalued. However, different states have different policies regarding these possible real estate tax increases.

The power purchase agreements for solar offers unique financial options and solar acquisition opportunity. This third-party ownership model allows the developer to design, recognize, install, own, operate, and maintain the array for the duration of the agreement. They are only responsible for purchasing the energy generated by the system at a rate that is generally lower than that offered by the utility. Businesses, communities, and homeowners can benefit from not having to manage the project and incentive details themselves. They can also rely on predictable, long-term electricity costs without being responsible for the maintenance or ownership of the system. 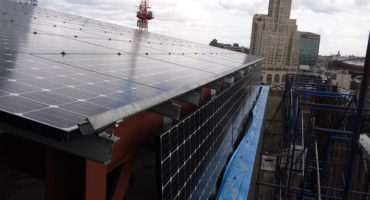